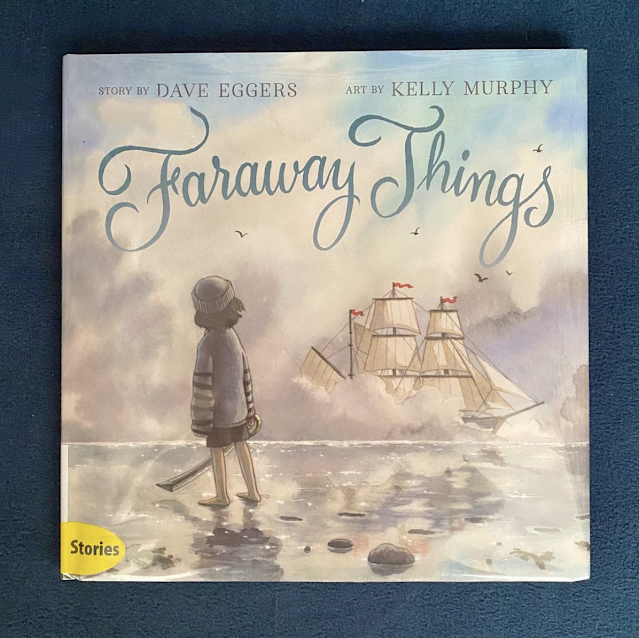 Loved this story by Dave Eggers. Reads a bit more like a long form picture book, the story of Lucian, a boy who collects objects his family calls “faraway things,” the mysterious items abandoned at sea that have washed ashore.
One day, Lucian finds the most fantastic faraway thing, a gleaming, powerful sword, a cutlass. on the beach this particular day, though, is no ordinary faraway thing. It's a cutlass: strong, shiny, and powerful. Claiming it as his own, the fog later clears, revealing a ship. Once docked Lucian finds himself in a predicament, does he protectively conceal the sword as his own, or trade for a gift that is more than he could have ever imagined a faraway thing to be.
Gorgeous illustrations and rich language allow the reader to feel fully immersed in this tale about seeking treasure and of letting it go.
Ages 5-10
Amazon - Bookshop
Labels: adventure pirates treasure