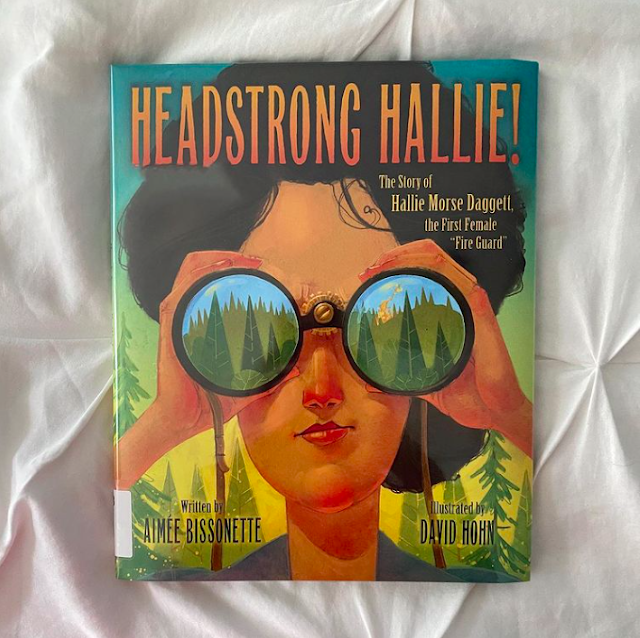 Loved this story of Hallie Morse Daggett, who became the first female fire guard in California’s Siskiyou Mountains. Hallie grew up among the forest, learned all its trails, how to track wildlife, and spot wildfires. After she finished her schooling Hallie applied to the US Forest Service seeking a job. Time and time again she was rejected simply for being female. Refusing to give up, Hallie wrote more letters advocating for herself, telling of her first hand experience with forest fires.
Finally in 1913, the stars aligned and a post opened up because the original candidate quit just before fire season. Hallie would be stationed at a remote, isolated station where weeks could pass without seeing another human being. She was overjoyed!
The story continues sharing experiences from Hallie’s tenure in the fire guard. I really enjoyed learning about Hallie’s interesting life, and finding a book that celebrates a woman who didn’t follow the traditional wife and mother path that was expected for women at the time. Hallie sought to find independence and was determined to follow a lifelong dream which brought her joy and fulfillment.
Amazon - Bookshop
Labels: being independent biography non-fiction non-fiction picture book strong women