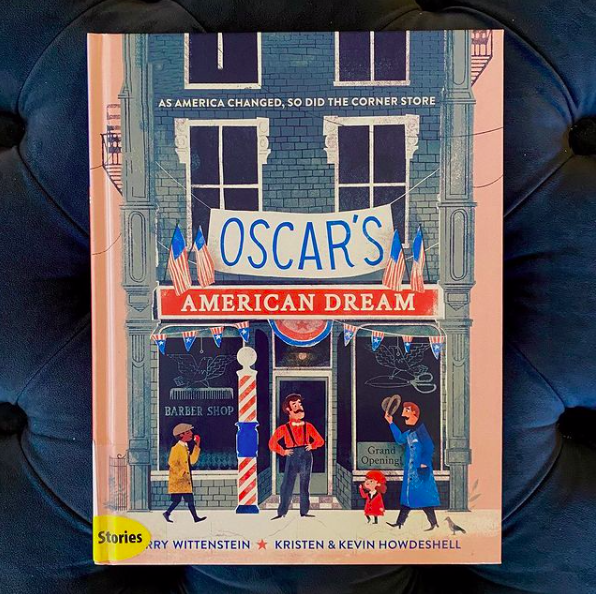 The only constant about America is change. A lovely children’s book unlike any other I’ve yet encountered. A glimpse into 20th century American history unfolding over the years through a single shop on a city street corner.
Starting with an immigrant named Oscar who after arriving at Ellis Island with down payment in hand, sets off to open a barber shop. The neighborhood shop thrives and becomes a community fixture...until the day Oscar decides to move on and become a subway conductor.
Over the years, this barber shop changes hands to become a women’s clothing store, then a soup kitchen, a coffee shop, an army recruitment center, and a candy shop. As the years pass and the world changes, but the proud corner stands tall, bearing witness to the passage of time and American history unfolding around it.
The story comes full circle at the end. A beautiful story about change being the constant and the promise of the American dream. I really enjoyed this one!
Amazon - Bookshop
Labels: American dream change immigrant story