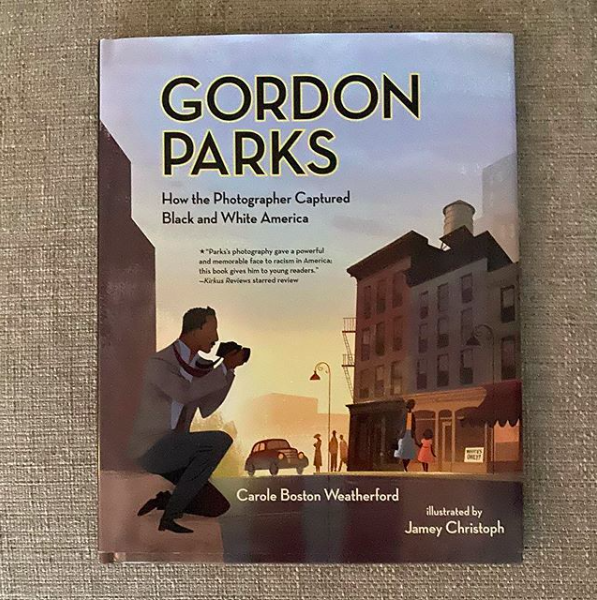 Trying to constantly be diversifying our bookshelf and read books with my kids that that include more stories about BIPOC. I had never heard of Gordon Parks until recently, after viewing a children’s book list of Black artists and creators.
Gordon Parks was told from a young age by his white teachers that all he’d amount to in life was to be a waiter or a porter. As the 15th child in his family, the odds were stacked against him, but Gordon Parks was determined. When he bought his first camera and taught himself to use it, he felt like he came alive. His success as a fashion photographer earned him critical acclaim which eventually led to an opportunity for Gordon to use his art to take a stand against the racism he observed. An inspiring story, told in lyrical verse; Gordon’s is a story of conviction, truth, and beauty.
Amazon
Labels: African American main character diversity non-fiction