The Boy Who Harnessed The Wind 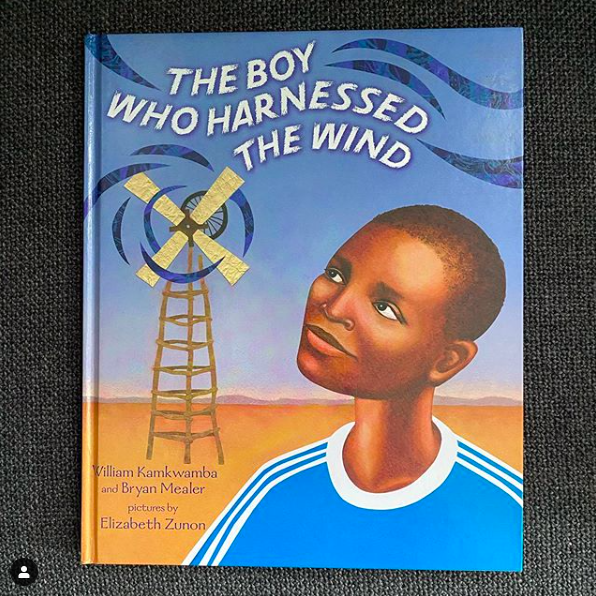 This is the picture book inspired by the true story of 14-year old William Kamkwamba. When his Malawian village was plagued by a relentless drought, all of the community’s crops began to die. The impact on William’s family and friends was devastating. Without food to sell, the family grew hungry. Without money from crop sales, William had to withdraw from school.
Resigned and frustrated, William spent his days in the library, determined to find a way to restore his village’s water supply. All his life, William had excelled at building things and taking them apart, from pieces of radio to bottle cap wheeled cars. He slowly began to tinker with ideas to construct a giant pinwheel, something to catch the wind to create energy. He gathered junk yard scraps and rusted treasures while many neighbors looked on with judgement and skepticism. But through trial and error, William persevered, inevitably creating a windmill of sorts that utilized the power of the wind. All his critics and naysayers relented, the doubters cheered, and change to restore the village began.
Amazon - Bookshop
Labels: biography