The Boy Who Grew A Forest 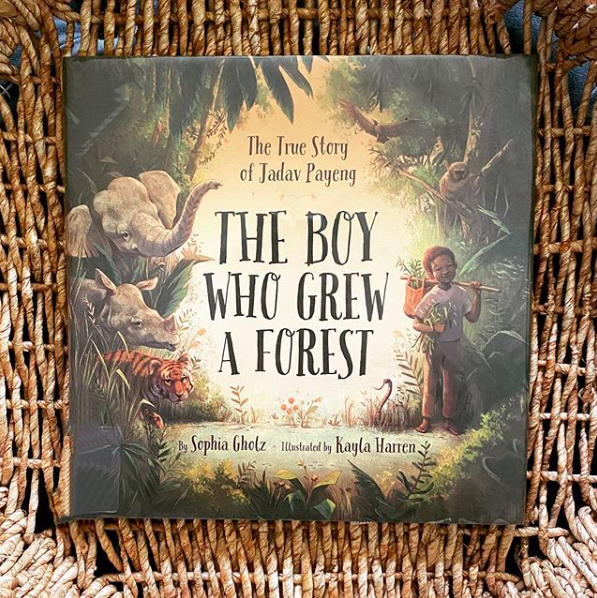 I’m so happy to have discovered this one! In a day and age where the climate crisis feels insurmountable, I appreciate stories of that reinforce the fact that with hard work and perseverance, one person can make an impact.

This is the true story of Jadav Payeng, who after feeling discouraged by the constant erosion and deforestation of his home on the Brahmaputra River, took it upon himself to create change. He started by plantings a few bamboo saplings. Then he created a watering system. Time passed, and the saplings grew into a healthy thicket. But in order for more plants to grow, he needed richer soil, which was solved by bringing in earthworms, cow dung, termites, and more. As time passes, the forest grows, but not without issue. Jadav encounters more problems; villagers fearing for the return of tigers, elephants feasting on neighboring crops...but Jadav troubleshoots each problem in stride, thinking through and implementing solutions one at a time, never ceasing to give up.

It’s an inspiring book and a tangible story for kids to grasp how the efforts of one can really make a difference. Initially I thought this might be too mature for my 6 and 4-year old, but the story is juxtaposed nicely with engaging, bite-sized chunks of text that are articulate without being too fact-heavy or dense, in addition to the gorgeous and detailed illustrations.

Recommend this one for an early Earth Day read. 🌱🌴🌿🌎