The Boy and the Giant 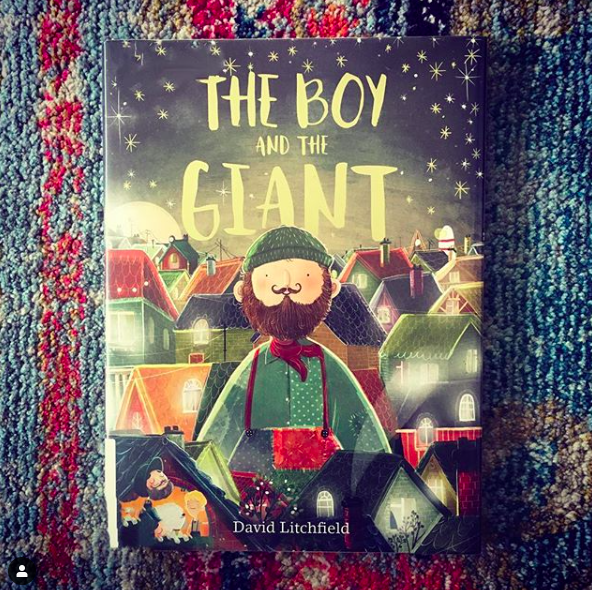 Another win for author and illustrator, David Litchfield, author of fan-favorite, The Bear and The Piano. The Boy and The Giant takes place in the faraway town of Gableview, a town known to outsiders as being friendly, welcoming, and boasts these qualities on a large mural in the town’s square.
Billy wonders aloud to his Grandad why the mural remains unfinished, as the top of the wall is nearly blank. Grandad replies that no one can reach it, except for the elusive town Giant, who he assures Billy is undoubtedly real and has come to the townspeople aid many a time. Billy is wary of his Grandad’s assurances, attributing the fact that he’s never seen the Giant to legend and lore.
When he confronts Grandad about his stories, asking why the Giant hides if he’s so great, Grandad shrugs sadly and admits, “because people are scared of things that are different. And sometimes they’re not so nice.”
Eventually Billy ends up having a surprise encounter with the Giant, which ends badly, and feels remorse over how he handled the situation. Grandad helps Billy to set things right, and apologize to the Giant and lead by example, and properly offer him a long overdue tribute and thank you from the people of Gableview.
A sweet, relatable story about recognizing that different does not always equate to scary, fearful, or bad. This book sends a message of what good can come when we (as individuals and a society) open our hearts and minds.
https://amzn.to/2F7Ulm2