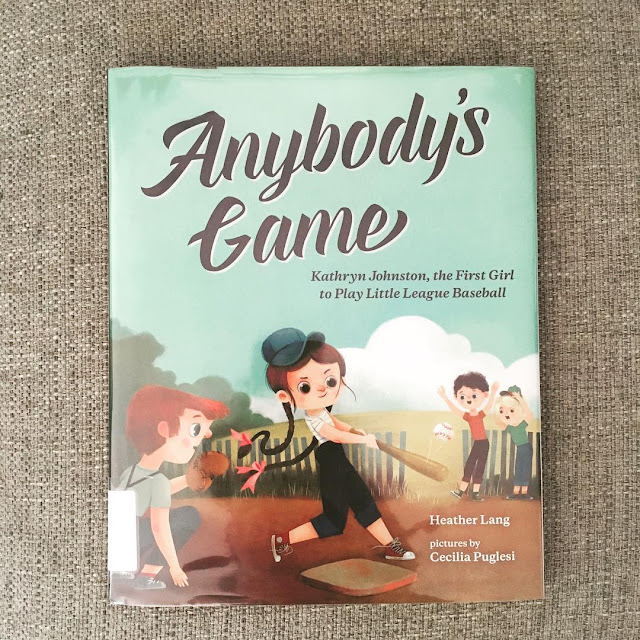 Ever been told you can’t do something, simply because of who you are? Kathryn Johnston can relate. Despite being the best baseball player on her town, she was told she couldn’t try out for little league, just because she was a girl. Fair? Not a chance.

Kathryn lived and breathed baseball, from listening to the Yankees on the radio with her father’s lap to scrupulously collecting baseball cards, to diving for grounds and sliding headfirst. Baseball was all she thought about. Frustrated by the rules that girls couldn’t play, she cut off her braids and tried out for the Knights of Columbus team- as a boy.

Anybody's Game is a must read, based on the true story of Kathryn Johnson and an inspiration for all!
Labels: ages 5-10 baseball girl power non fiction overcoming obstacles picture book sports