The Old Woman Who Named Things 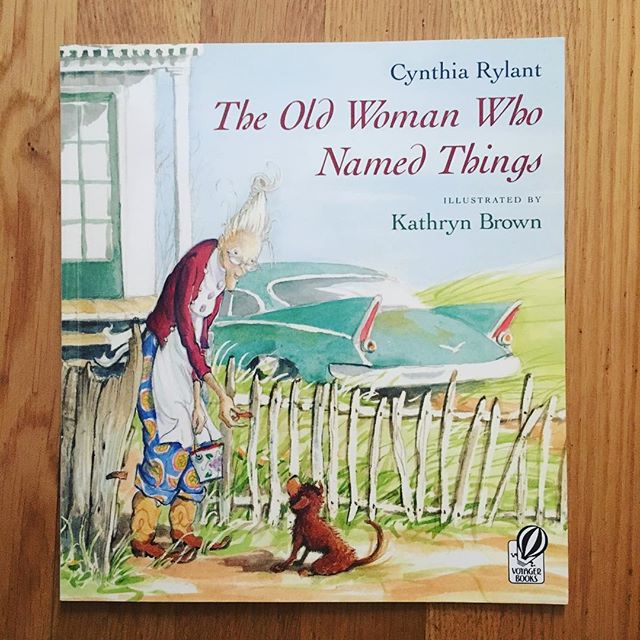 An old favorite. There was an old woman who liked to name things. She named the car she drove “Betsy,” her old chair, “Fred,” and her old house “Franklin.” She didn’t use to name her belongings, it all started when one by one her friends passed until she became the lonely old woman who had outlived all of her friends.


Unhappy with this fact, she began to name things she knew she’d outlive, like sturdy furniture, her solid house. Until one day, a shy brown dog appears at her gate. She shoos the dog away but he persists, returning day after day. Eventually she caved and begins saving chunks of ham and hunks of cheese should the pup show up. But she refuses to take him in, because if she does, she’ll have to name him, and and can’t outlive any more friends.
https://amzn.to/2HYJY7u
Labels: ages 7-10 dogs fiction friendship loneliness picture book