Margaret and the Moon 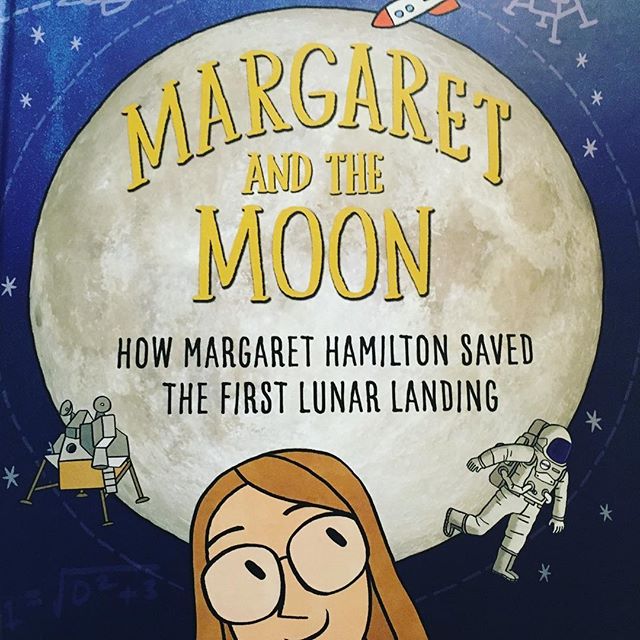 Margaret and the Moon is an empowering read, the true story of Margaret Hamilton, a young girl who loved to solve problems.

Margaret asked lots of questions growing up and wondered why only boys alone got to do so many things...Why didn’t girls play baseball? Why didn’t more girls grow up to be doctors or scientists? Unsatisfied with the answers to these questions, Margaret decided to break the stereotypes, work hard, and prove everybody that girls could do all the same things as boys.

She studied and studied, especially math. She learned about planets and galaxies and stars. She moved into computers and experimented writing code, teaching the computer to perform more and more complicated tasks, even to make predictions.

In 1964, Margaret joined NASA where Scientist were working on flying humans to the moon. Margaret convinced NASA to let her use code to troubleshoot everything that could go wrong with the mission and how to potentially solve each problem. An amazing inspiring story about a girl who broke down gender barriers accomplished her dreams with hard work and perseverance.

My daughter especially loved that that illustrator copied some of the black and white photos from the excerpt in the back exactly in the book, which seemed to make Margaret more authentic and real to her.
Labels: ages 11-13 ages 7-10 coding computers engineering female empowerment girl power non fiction paving the way picture book science space