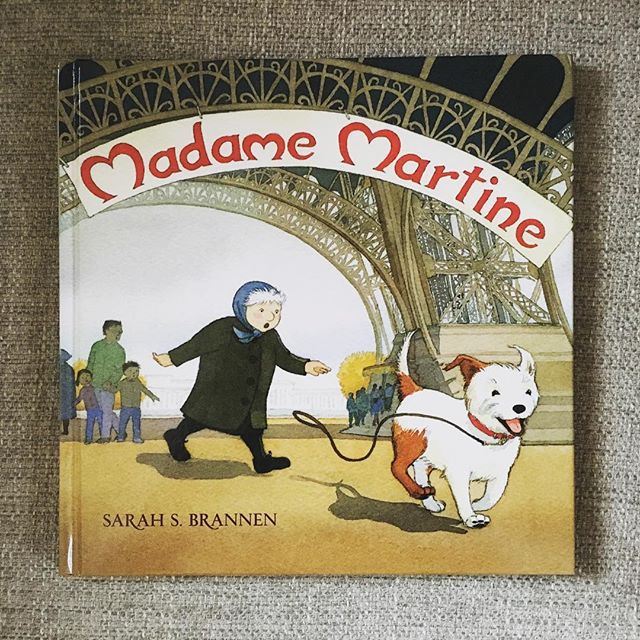 Madame Martine is an elderly woman living alone in Paris. She thrives on her carefully planned routine, rigid schedule, and doesn’t dare deviate to try anything new. Despite living in the shadow of the Eiffel Tower, she has never climbed it, shrugging off the mere suggestion of such an activity as a silly tourist thing.

One rainy afternoon, while going about her usual business, she stumbles upon a dirty, wet dog, timid and alone. Madame Martine makes an out of character decision and takes it home where she bathes it, feeds it, and while looking for his proper owners, names him Max. Max is charming, affectionate, and companionable, and Madame Martine surprises even herself, growing quite fond of having the dog around.

One day, when walking Max, he jerks away, dashing after an errant squirrel and Madame Martine finds herself panicked in pursuit of her new friend, finds herself chasing him up the Eiffel Tower, and is astonished at what she finds. Inevitably, it is Max who ends up showing Madame Martine that there is more life to live than she has allowed herself. A sweet story about the power of trying new things.
Labels: ages 5-10 dogs fiction French influence friendship kindness picture book